Well, it's only taken the best part of 4 years for me to get round to finishing this video.. To be fair, it's been a busy 4 years! :)

I absolutely loved working with this amazing group of people. It's so good to be able to look back and remember this time and the music we played together.

Massive thanks to Adam Bulley for filming and editing the video and to Andrea Gobbi for recording the audio.

I traveled out to India earlier this week with Ross Ainslie and Ross Wilson (Blue Rose Code) to start work on a new musical collaboration. If there's ever a good time to start making a video diary, I suppose it's now..

In September I'll be heading out to Rajasthan for this incredible project.

The Spree twins with one of India’s most prestigious festivals, the Rajasthan International Folk Festival (RIFF), in a celebration of friendship and connections.

To celebrate the close links between both festival cities and their cloth-making and textiles heritage – and, indeed, the Paisley Pattern itself – two ‘tapestries’ will be curated, one musical and the other digital.

A musical collaboration will weave together traditional music from India and Scotland to create an hour -long performance, curated in Jodhpur and performed at the opening concerts of both the RIFF (6 October) and the Spree (13 October).

Ross Ainslie, whose accolades include being one half of the 2017 BBC 2 Folk Duo of the Year, Ross Ainslie and Ali Hutton, is a founding member of folk super-group  Treacherous Orchestra and regularly performs with Salsa Celtica and many others. He is a master of whistles and pipes…and collaborations.

Ross will be journeying to Rajasthan with Ross Wilson (aka Blue Rose Code) and Angus Lyon.

No stranger to collaborations himself, Blue Rose Code’s second album, The Ballads Of Peckham Rye, was nominated for the Scottish Album Of The Year Award 2015 and featured a roll-call  of Danny Thompson, Karine Polwart, John Wetton, Aidan O’Rourke and Kathryn Williams.  Angus Lyon is a musician, producer and composer and a member of Blazin’ Fiddles and The Halton Quartet. Angus has recorded and performed alongside Yusuf Islam (Cat Stevens), Paul McCartney, Bobby McFerrin, Craig Armstrong, Blue Rose Code, Eliza Carthy, Bella Hardy and many more. He is currently recording and producing music from his studio, Gran’s House.

They will be joined by Smita Bellur, Asin Khan Langa and Sawai Khan.

Smita is India’s first female Hindustani vocalist to have been accepted into a lineage of traditional qawaals (Sufi/ Islamic mystic singers). Singing in Hindi, Urdu, Kannada and Punjabi, she has connected with audiences across the globe with her performances bringing a profound humanity and an easy access to the spiritual poetry of the sub-Continent – Nirguni, Bhakti, Sufi, Veerashaiva and Haridasa traditions dating back to the 12th century.

Asin Khan is hailed as a virtuoso vocalist of the Sindhi Sarangi , combining  a rare musical artistry with a vast repertoire of  traditional songs and Sufi poetry.  Asin comes from a lineage of amazing musicians in a tradition spanning generations and is a skilled collaborator having worked with He has been performing and collaborating for years, having worked Kavitha Krishnamurthy and L. Subramaniam, Jeff Lang (Australia), the Brian Molley Quartet (Scotland) and numerous other artists from India and overseas.

Sawai Khan is a young master of the percussion instruments of the Manganiyar, from deep in the deserts of western Rajasthan. Playing  Morchag, Dhol, Dholak, , Bhapang and Khartal,  he trained under the legendary Sakar Khan and has collaborated with with Grammy winner Wouter Kellerman and Grammy nominee Yossi Fine amongst others.

In a few weeks time I’m going to be heading off to New Zealand to teach at the ScotStringNZ! I so delighted to have been asked and can’t wait to get out there! You can find out more about the camp here.

After that I’ll be back out in Canada with my Blazin’ Fiddles bandmate, Rua Macmillian. We’ll be teaching at the Ness Creek Fiddle camp, FiddlyNess! I was out there in 2007 and met some amazing people. It’s going to be a blast!

The Halton Quartet on Traveling Folk

Had a great time on Sunday playing with the Halton Quartet! You can hear from full show on the BBC iPlayer.

A very special programme live from the CCA in Glasgow at the heart of the Celtic Connections Festival. Performing in front of a live studio audience will be Irish band Four Men and a Dog, The Halton Quartet, fiddler Ryan Young and Galician piper, Anxo Lorenzo.http://www.bbc.co.uk/programmes/b08c3l25 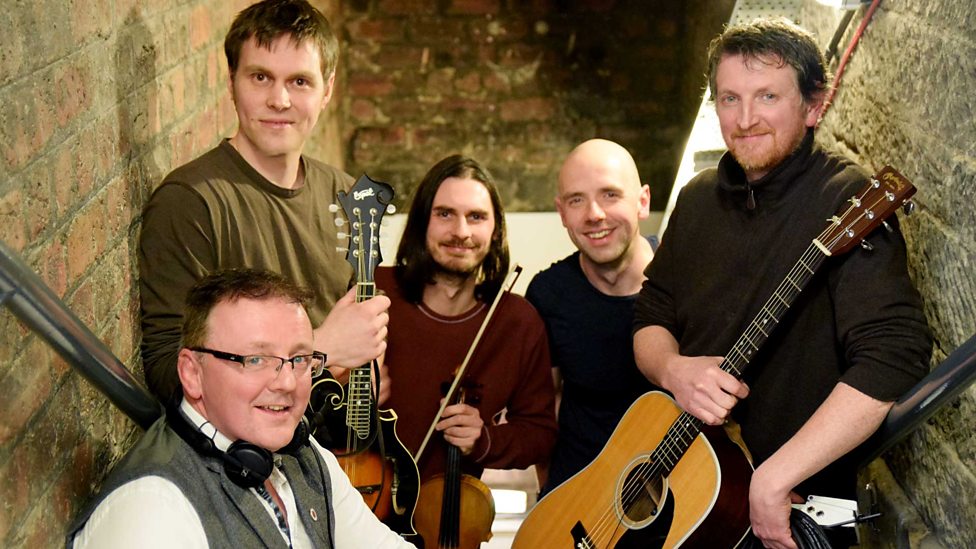 Incredible start to this years festival for me. Played the Barrowlands with Blazin' Fiddles on Friday, when to see RANT, Lousie Bichan, Timo Alakotila and Tryst on Saturday, then played the City Halls with Blue Rose Code on Sunday... Loved it! Back in Gran's House this week mixing the new album from Jenny Lascelles. 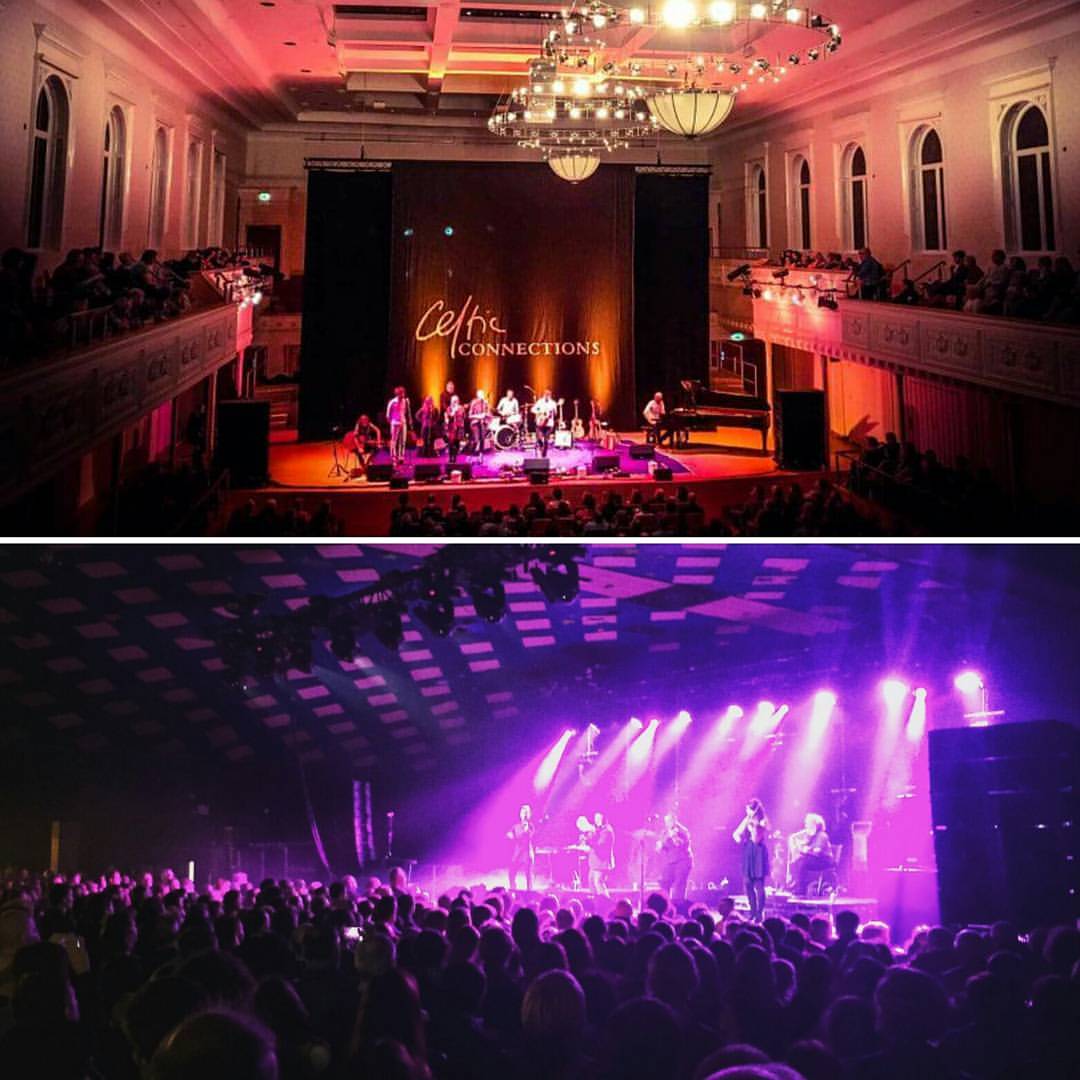 Hello and welcome to my new site and blog...